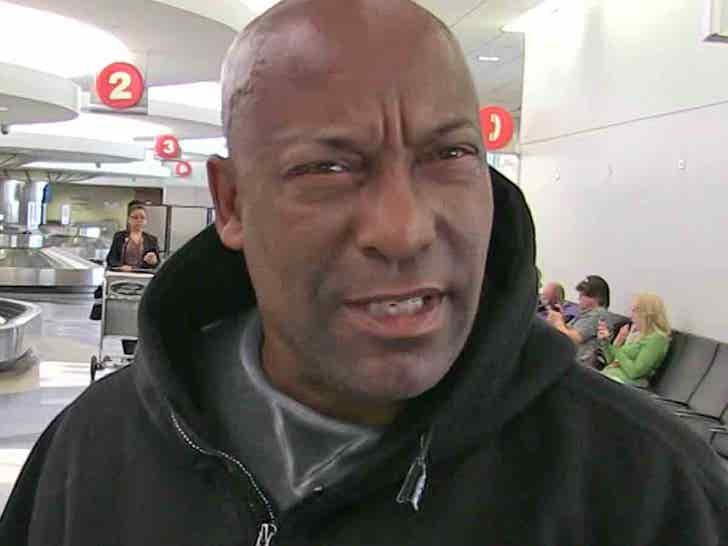 One of John Singleton‘s baby mamas claims at least one of John’s other baby mamas is out to get her, because she says they made a false child abuse claim against her out of sheer vengeance.

Rayvon Jones tells TMZ .. CPS came to her door recently, on the hunt to determine if she was abusing the couple’s 1-year-old son, Seven.

Rayvon claims someone alleged she was smoking weed around Seven, who has respiratory problems. She says CPS investigated for several weeks, and it was torture.

We’re told Rayvon was cleared by CPS … but only after she was treated like a criminal, with social workers rooting around her house for evidence of abuse or neglect, and interrogating her friends and family.

Rayvon says she’s convinced one of John’s other baby mamas reported her to CPS … and she thinks it’s because they’re jealous she was with the famous director when he died.

All told … John fathered children with at least 5 different women.

As we reported … John’s mom, Shelia Ward, just ripped Rayvon, claiming she did NOTHING to help him on the eve of his death, despite the fact he was throwing up blood. Rayvon says she’s shocked by the allegations.

Pop Smoke Worried About Gang Members Days Before His Murder

Pop Smoke Murder Appeared to be Target Hit, Not Robbery